Our opinion on the Hercules Rob Fold F8

Are you looking for an electric bicycle? You need a product that is compatible with your use? That it is both compact and comfortable? So why not go for a folding means of locomotion? Let us tell you what we think about the Hercules Rob Fold F8 electric bicycle.

The 3 best folding ebikes of the market

As announced earlier, we are going to present you an electric folding bike, the Hercules Rob Fold F8 sold through the platform Wee-bot.com. The manufacturer has put quality at the center of its concerns with this product. It is a high-end product perfectly suited to the urban environment.

Our opinion on the Hercules Rob Fold F8 electric bicycle

The Hercules Rob Fold F8 electric bicycle is a product specially designed to meet the needs of urban mobility. It is both compact and comfortable.

The manufacturer has equipped it with several high quality equipments in order to provide maximum comfort to its users. This product has great qualities that will seduce you. So why not read on to find out what we think about the Hercules Rob Fold F8 electric bicycle.

The Hercules Rob Fold F8 electric bicycle and its competition

There is no good review without going through the competition. The Hercules Rob Fold F8 electric bike has some fierce competition that can put it to shame.

According to our team, these folding electric bikes are the best on the market. Indeed, their quality of manufacture and finish but also their price, the platform marketing them were important factors to take into account.

The Hercules Rob Fold F8 electric bicycle is equipped with a 250 Watt BOSCH Active Plus central motor directly integrated in the crankset. The maximum motor cut is 50 Nm. Moreover, it will make you benefit from several modes of electric assistance. Indeed, you will be able to choose among not 2, 3 or 4 but 5 different modes: Off (0%), Eco (40%), Tour (100%), Sport (170%) and Turbo (250%).

You will be able to choose between 2 options of battery and thus of performances. Indeed, both are of Lithium-Ion type and of the German brand BOSCH. One has the following characteristics, 36V / 11 Ah and the other 36 V / 13.8 Ah. The recharge time for these two batteries is equivalent, you will have to count between 5h and 7h. That remains totally reasonable since it will take only a small working day for a complete recharge. In terms of autonomy, the data also change from one battery to the other, for the “less efficient”, you can make between 80 and 100kms and for the “more efficient” between 120 and 150 kms.

As with any type of electric bicycle or green energy transport, there are a number of factors that need to be taken into account outside the means of locomotion itself. You have to take into consideration the weight of the user and his equipment, the weather conditions, the difficulty of the terrain or the type of driving adopted by the user of the vehicle.

In our opinion, the Hercules Rob Fold F8 electric bicycle is not light enough. Indeed, it shows on the scale 23.1 kg. This is a pretty good weight for a classic electric bike. Unfortunately, you have to keep in mind that its purpose is to be folded and therefore transported. It may not be suitable for everyone. Nevertheless, it is important to point out that compared to its competitors, it can support up to 120 kg, about 20kg more than the others of its range.

The big plus of this folding electric bike from Hercules is without a doubt the presence of a BOSCH screen integrated directly in the middle of the handlebars. Indeed, the latter allows its user to consult and manage his means of transport very easily. The user will be able to turn on or off the lights of the Rob Fold F8. It will also be possible to consult the battery level of your means of locomotion, as well as the operating mode, as well as your instantaneous speed and the number of kilometers traveled. The modification of the electric assistance mode is done directly from the handles of the folding electric bike.

In terms of lighting, you can count on Herrmans H-Black MR8 50 Lux – 180 Lumen / Busch&Müller 2C type lights. Thus, you will be as well visible at the front as at the back of the vehicle.

What is more important than safety when it comes to using a means of locomotion? It is therefore logical that the Hercules Rob Fold F8 electric bicycle is equipped with Magura HS22 hydraulic brakes. These are perfect for efficient and safe braking during your daily travels. The stability of the latter is ensured thanks to the 20-inch wheels it is equipped with. Don’t be afraid to leave your bike in the parking lot thanks to its integrated anti-theft device! Its user can also take advantage of a bell, foldable pedals and a kickstand.

In terms of comfort and practicality, with this product, you have a rigid aluminum fork, an aluminum stem also adjustable in height over 14 cm, a Royal LookIn Relaxed saddle and an i-Rack that can support a load of up to 25 kg. To make matters worse, the Hercules Rob Fold F8 electric bicycle is guaranteed for 2 years, 1 year for the battery.

In our opinion, the Hercules Rob Fold F8 electric bicycle is a little gem that offers great performance. Its price is once again the witness of it. The platform Wee-bot.com, currently offers it at a price of 2990€. Even if it is a real investment, you should know that local and national subsidies exist to allow you to access this type of transport. These bonuses can reach 500€ per moment, depending on the product chosen, or the location. Do not hesitate to contact your local authority.

This selection of folding bikes, like the Hercules Rob Fold F8 electric bike, may be eligible for the purchase bonus. In fact, some European Union countries offer subsidies for the purchase of an electric bicycle. Not the least of which is the aid that allows cyclists to take advantage of a subsidy that can reduce the price of your purchase by up to 500 euros. To know if you can benefit from this bonus, we advise you to get closer to your local authorities.

Hercules is a leading brand of electric bikes in Germany and the Netherlands.

City bikes for over 100 years

Founded in Germany in 1886, Hercules is almost as mythical in Germany as its name. The German company started manufacturing bicycles when it was founded. It then took over the production of motorcycles in 1904. In 1974, Hercules became the first brand to offer a Wankel engine to the general public. A subsidiary of the Accell Group, ZEG (owner of the Pegasus and Bull brands among others) acquired it in 2014. The Hercules electric bike brand has since been developing on the German and Dutch markets. With a very wide range, adapted to all urban uses of bicycles and electric bikes, Hercules is now one of the main players in the German electric bike market with more than 60,000 units sold each year on a market of 560,000 units (in 2016).

Powered by Bosch, Shimano, Brose and Suntour, Hercules offers a range adapted to every desire and need. Equipped with reinforced and particularly resistant Schwalbe tires, with Magura hydraulic brakes particularly adapted to electric bikes, and with front suspensions, the Hercules range offers an unequalled quality-price ratio on the market of electrically assisted bikes. The Dutch electric bikes (open collars and easy to ride) have special features: reinforced luggage rack, nexus hub… Some uses are almost exclusive to the brand.

Hercules has developed a range of electric bikes for heavy people (with 180kg of admissible load). These bicycles meet the needs of certain overweight people to get back in the saddle with support. The components of these bikes limit the early wear and tear of an overweight person on the bike. Hercules also designs folding bicycles with a central engine adapted to mobile use. These bikes can easily be stored in a boat or camper without losing any of the ride quality!

This folding electric bike is a high-end product with great features. It will offer you an incomparable urban mobility experience! With its high quality equipment, you will be able to fully enjoy your city escapades. 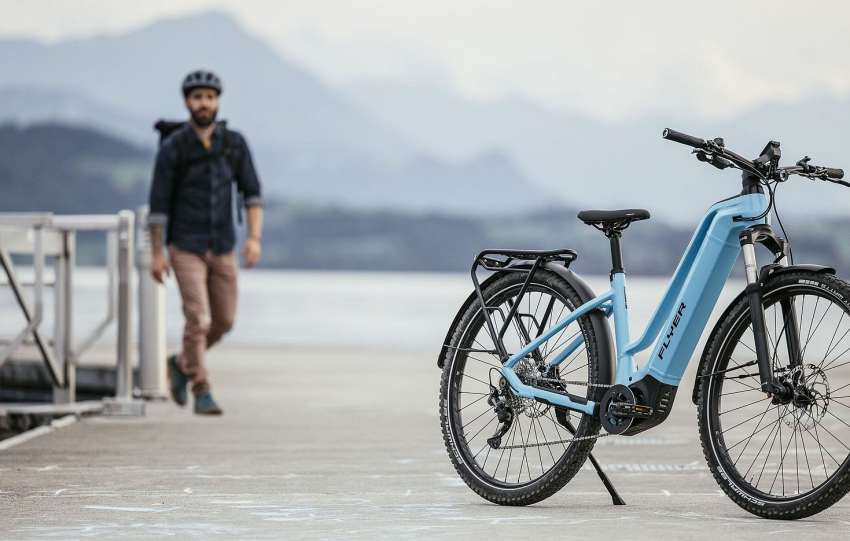 Rockrider Stilus from Decathlon: our full test and review 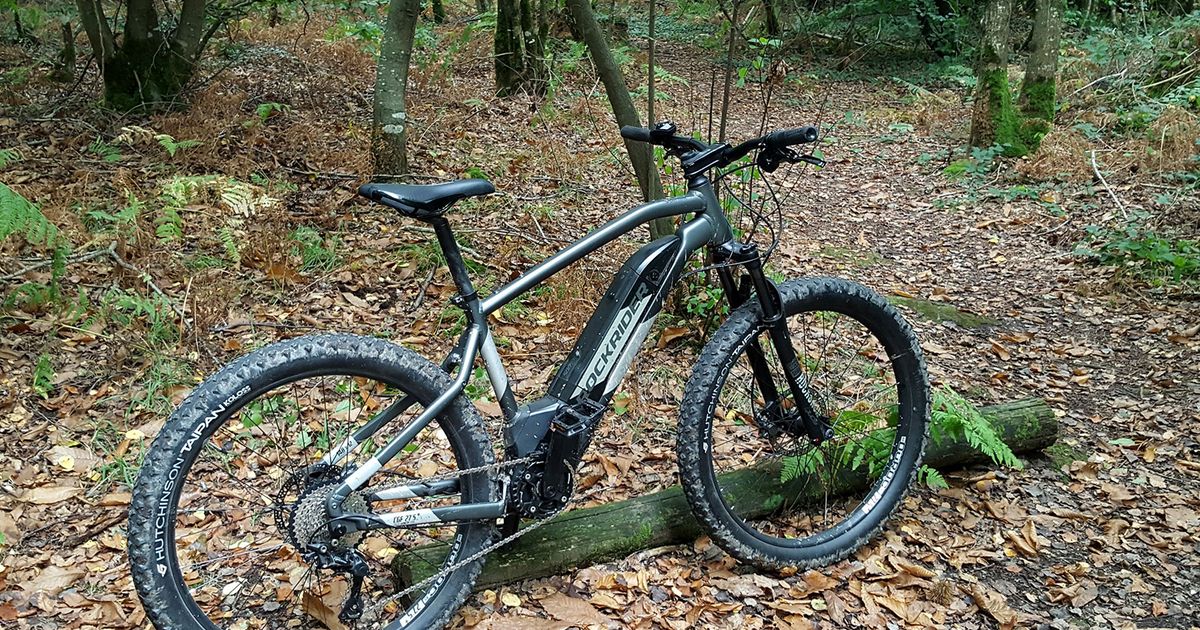