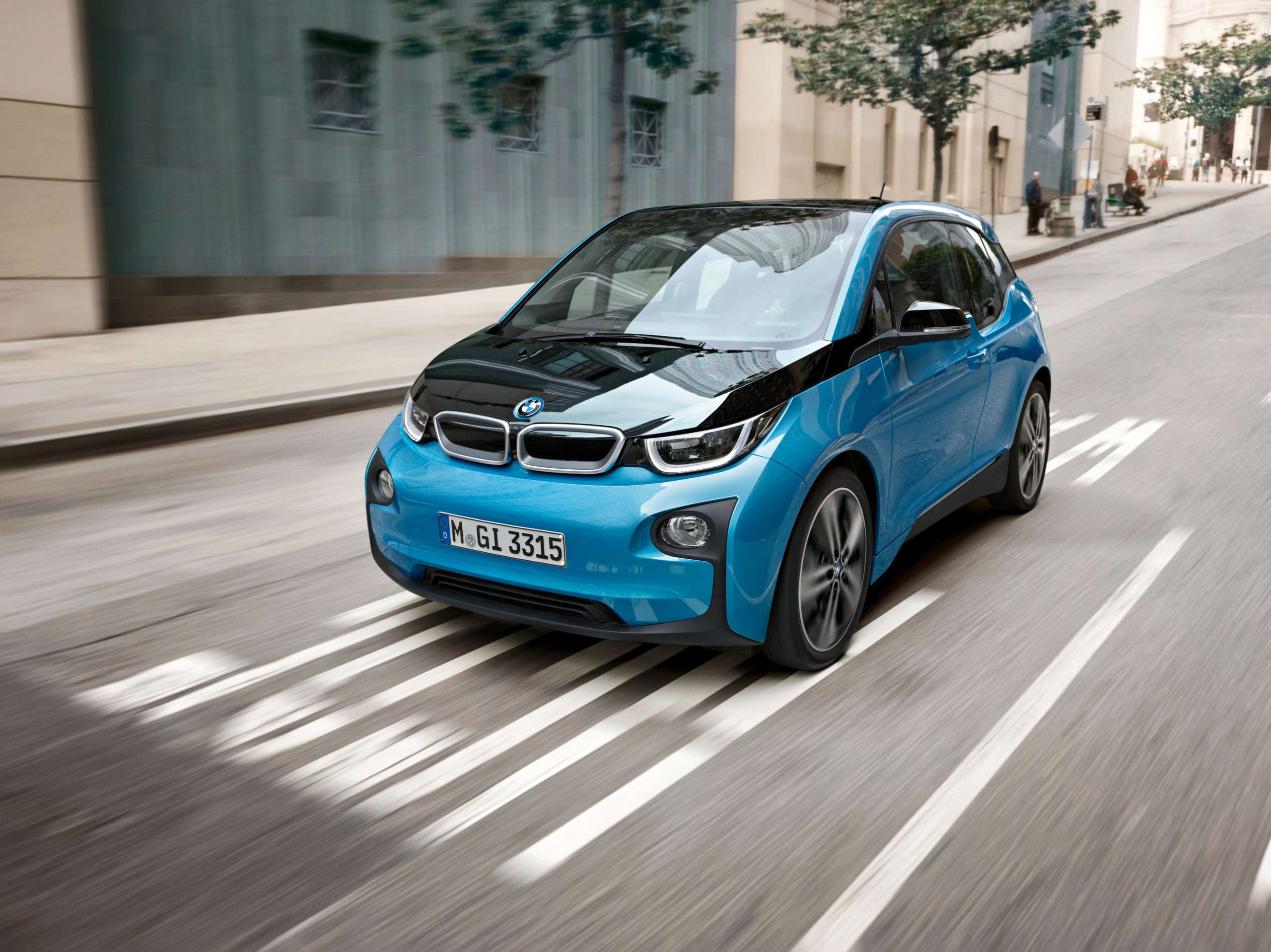 Are you looking for a city car? The Circulerpropre team presents the first of the i range, the BMW i3. Launched in 2013, it is characterized by its multiple technological innovations. Discover the history, the information you are looking for, as well as our opinion on this electric car.

The history of the BMW i3

In order to understand the German dealer’s involvement in the electric field, it is important to look back. Despite what one might think, the i3 BMW was not the group’s first electric car.

Indeed, the first real clean car was created in 1972. It was the BMW 1602. It was unveiled and used during the 1972 Munich Olympic Games. Many innovations have been developed since then, and have led to the concept of the BMW i3.

First of all, this 100% electric car was first spotted at the Frankfurt Motor Show in 2013. Announced from then on as a mere showcase model, the automaker made its official launch in 2013. Since then, the BMW i3 has undergone a number of modifications. Both in terms of sportiness, speed, and autonomy.

The i3, the i standing for electric, is an electric car based on the lines of the MegaCity Vehicule concept, with a warmer overall look and more rounded lines. The i3 BMW is different from the models that are usually found at the manufacturer.

In order to preserve the volume of the trunk and the passenger compartment, the chassis is placed above the batteries and the electrical system. The designers did not give much information about the model during the show. Nevertheless, BMW informs that this electric car embarks a block of 125 kW, that is 170 hp.

In 2013, the German automaker was the first to enter the high-end electric car market. This model, released in November 2013, was the result of work dating back to 2007. A sportier model, dubbed the i8, was also planned the following year.

With this electric car, BMW is focusing on innovation. It is the first mass-produced car made of carbon fiber, thus lightening the weight of the vehicle. The BMW i3 is a risk-taking carmaker who has invested a lot of money in the research and development of this model. About 1 billion euros.

Where is the BMW i3 manufactured?

This investment includes the expansion of the BMW factory in Leipzig where electric cars are manufactured. More than 400 million euros. This risk-taking is also characterized by the lack of a high-end electric market in 2013, according to Antoine Bourbonneux, range manager at BMW.

With a tiny share of the clean car market, 0.5%, the German carmaker relies mainly on companies for its sales. With more than 100,000 test requests, this launch was not necessarily profitable for BMW, but rather encouraging for the years to come.

The BMW i3 returns in 2017 with an impressive redesign, especially on the battery and range , which are the main flaws of the electric car.

With increasing competition, it was necessary for the manufacturer to renew its range. First, in terms of aesthetics, new body colors are available. But also some new decorations.

However, the main change in the i3 BMW, for us, is the battery. Indeed, a 33kWh model replaces the old 22 kWh one. Offering an additional 50% autonomy, that is 300 km in total.

The BMW i3 electric can also be equipped with an optional range extender, called REX, offering an additional 110 kilometers. The interesting aspect of the BMW i3 is that owners of the i3 22 kWh model can upgrade to the i3 33 kWh model for €9,000.

Finally, the price of this new electric car is an additional €2,500, or about €39,950. However, the manufacturer has not updated the power of this model, which is 170 hp.

Power is not the only update! Indeed, we find on this electric car, lowered suspensions, new springs and dampers. But also, wider rims and enlarged tracks.

Over the years, the battery’s storage capacity has continued to increase. November 2018 marks the latest update to the BMW i3’s battery. Indeed, equipped with new 120 Ah cells, the range now increases to about 400 km.

The brand stands for visionary automotive concepts, inspiring design, and a new concept of premium. All this, strongly marked by sustainability.

As for the engine, the i3 BMW has an electric motor of 125 kW for 170 hp and 250 Nm. Like a rechargeable hybrid, it recovers energy during braking or deceleration phases. With a power recovery of 50 kW, this vehicle ensures its transmission by a single gearbox.

In terms of performance, the German carmaker’s electric car goes from 0 to 60 km in 3.7 seconds and 0 to 100 km in 7.9 seconds. The car is limited to a speed of 150 km/h. This is in our opinion more than positive for the brand.

The BMW i3 electric can be fully recharged in eight hours, using a conventional socket. On the other hand, the vehicle has fast charging, which takes only three hours to fill up to 80% of the battery. There is also an option for accelerated AC charging. It is available in 7.4 kW single-phase and 11 kW three-phase.

We have already talked about the autonomy previously, nevertheless, it is interesting to mention the “range extender” (REX). This is a tool that extends the range of the battery of the BMW electric car i3. A gain of about 110 km, for a price of 4 500 €. Note that this additional module runs on gasoline, and has a tank of 9 liters.

Which Wallbox to choose ?

The charging socket on this electric car is Combo type. Therefore, it is possible to charge the clean car on charging stations delivering type 2 or type Combo.

The manufacturer also provides for home installation at the time of purchase of the electric car. Finally, a nice little option allows the vehicle to be preheated or cooled during charging. This does not affect the charging time.

Like many electric car interiors, the BMW i3 electric has a tablet-like on-board display. As mentioned at the beginning of the article, the materials used are essentially made of plastics reinforced with carbon fiber. This is why the i3 is very light. It weighs only 1,195 kg.

The vehicle is distinguished by a marked elegance to the wood that is perfectly integrated into the dashboard. This level of finish of the new i3 BMW will not leave you indifferent.

The BMW electric car i3 has a SIM card, allowing access to the Internet. It is also possible to make emergency calls. The mobile application BMW i Remote, IOS and Android, provides detailed information on the status of the vehicle, such as autonomy, charge level, messages, etc…

All information is available on the manufacturer’s website. It is important to mention the possibility of charging and air conditioning its BMW i3 electric remotely via the application.

What is the price of the new BMW i3?

This electric car, which comes in several finishes, is priced between €39,950 and €45,550 new, depending on the options you want to add. Which is, in our opinion, a relatively expensive price for a clean car, even one of the BMW i3’s rank.

Being on the market for some time now, this electric car is present on the used market. Thus, the average price of the used BMW electric car i3 is 28 000€. The Largus website will give you all the information and opportunities not to be missed.

For us, the price of the used i3 BMW is much more affordable this way. In addition, you can count on the aid put in place by some states for the acquisition of an electric car.

Our opinion on the BMW i3

The BMW electric car i3 is clearly in the luxury electric car category. If you can’t afford it, we recommend a Renault Zoe or a Nissan Leaf.

But once the price is out of the way, this car is a little gem of technology, with its connected applications. Its carbon fiber allows for a quality finish, also justifying the price of the BMW i3.

The comfort is not comparable to a Tesla Model S, but remains more than correct. The design is different for everyone, but in our opinion, the i3 BMW has nothing to envy to the competition.

With the market growing exponentially and charging points developing, the demand for 100% electric cars is growing. And that’s good news! Numerous and diverse, the novelties for this year are quite numerous. That’s why we have selected for you the following 5 models:

Choosing an electric car is not always that easy. It is important to make the right decision when faced with the embarrassment of choice that is available to you.

As far as the model is concerned, the decision to buy must be well thought out, especially for usage issues. In many cases, the electric car can be a perfect solution. But it may also not be suitable for everyone.

For the OnMyBIke team, the BMW i3 electric is a perfect mix between design, comfort and innovation. Moreover, its equipment and connectivity, marks a perfect adaptation in the era of time. However, its price may stop some. It should be noted that in our opinion, this is a luxurious electric car that will not suit all budgets.

Opinions on the Renault Zoe

Mercedes EQS: the dawn of a new era